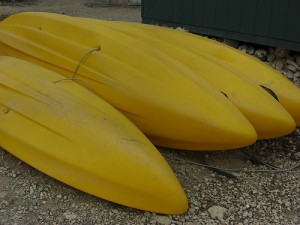 One of the things I puzzle over when I see schools like the Science Leadership Academy’s strong culture, is how other schools with pre-existing faculties can build a culture of their own that is innovative and unified. So many competing interests are already at play within existing institutions, particularly the larger they get.

I’ve been reading Clicks and Mortar by David S. Pottruck and Terry Pearce, about Pottruck’s experiences at Schwab. Pottruck has many meaningful suggestions about culture building that I’ll explore in the next post or two.

He begins with a wonderful anecdote about leadership, which made me stop and wonder.

“British statesman Benjamin Disraeli put it this way: ‘There go my people. I must follow them. Am I not their leader?'”

How often when working with teachers are we “following” them in terms of their needs, and how many times trying to lead more directly( and possibly overwhelmingly?)

Pottruck writes about the importance of building a cultural vision that aligns a whole group, but building it with everyone’s input. No surprise there, as we all know how mission statements done well, can work, but he does point out how resistant people are to participating in these sorts of vision building work, yet in the end, how much it makes work more fulfilling and streamlined because everyone is working towards the shared goal.

(I think of Science Leadership Academy’s shared vision statements, for example, and how the school aligns to those statements and how significant a part of their school that is, as opposed to many mission statements, decided at district level, and sort of “tacked on” in each building).

Pottruck then talks about ways to build that culture or shared vision. One way is story. As he puts it:

“Stories are the living proof of the culture. They sustain it by reinforcing the abstractions in life. They give real examples to people, new and old, and they give permission to create a story of one’s own that will, in turn, provide inspiration for others.”

Several things in this statement interest me. One is the word sustain. Not only do stories illustrate the culture and what is valued, but they sustain it. How do we use story in our schools to SUSTAIN our culture? Do we even use story at all? Do we use stories in our libraries? Do we use them in our tech programs? Does our principal or administration use them?

The second thing that interested me in this statement was that story gives people permission to create a story of their own that will inspire. I find that very interesting. And I wonder–when we blog about something our teachers do, for example, and share it, does that inspire/encourage others in our culture to try something? When we share a success story about something a student does in the library or classroom, does it inspire others to create their own success? I would guess so.

Pottruck also writes about the importance of Images and how much of what we see is retained. As he mentions in corporate culture, there are many images that are important, like logos or advertising. Pottruck talks about in-house images, and metaphors of the culture. Again, how do we use images “in house” to convey the importance of our culture. We often use them outside the building or in materials for parents. We produce videos of successes to share parents or online slide shows. But how do we use these tools in house to reinforce our own culture with our own teachers or students?

And how do we use metaphor to build the culture? I work at a high school with a long history in a one high school district. A former principal who had been in the district many years often used the analogy of a canoe–that we were all in this canoe together. While we sometimes teased about that image, it created a strong visual for all of us. And when he retired, a paddle was framed with signatures on it, and a tshirt was designed with him in a canoe and all of us crammed inside of it. That is a visual that stays with me still, though he retired four principals ago. It created a bond among the faculty–even if the bond was partly based on our jokes about the canoe. It gave us a shared language.

A final recommendation he makes is using rituals to create a shared experience. In some ways, schools do this well–we’re very ritualized tradition bound communities. But how many of the rituals have gotten lost over the years due to testing regimens or transitions in leadership or lack of time? And what do we lose as a cultural institution without those rituals–what human element is lost for the students and staff?

In the next section of the book, Pottruck focuses on leadership. More about that to come. 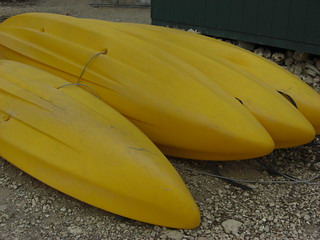 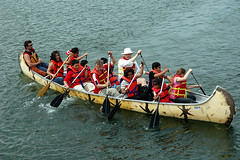