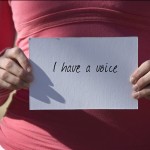 NBC recently announced that they are hosting a series called Education Nation taking place across all their networks the entire week of September 26.

The project is a laudable goal, and one always holds out hope for a “real” conversation about these issues.  Yet when I looked through the speakers at the summit, I noticed to my surprise not one educator,  principal, teacher, or prominent education writer/blogger, or author was included in the summit.

Yet you did include several reporters from your network, the CEO of Netflix, the CEO of Kellogg, the CEO of State Farm insurance, several  governors, among others–certainly not perhaps real experts on the changes that face education today on the ground level, but several of whom  are “sponsors” for this programming.  And the only university representation out of the many fine and innovative institutions in our country is the President of the University of Phoenix (who is another sponsor.)

How can you hope to have this important “national conversation on education” if you are including only high profile business and political leaders and not those true change agents in education–those leading in the trenches?

There are leaders in education who are working at the district and building level  providing national leadership, speaking at international conferences, writing books, blogging, and leading their profession in innovation and change.  Leaders like Chris Lehmann, principal of the Science Leadership Academy, teacher Marco Torres, who has done amazing work as an educator in Los Angeles’ schools,  Dan Meyer who turns math instruction on its ear in his presentation at TedxNYEd in New York, and bloggers Will Richardson and Sheryl Nussbaum-Beach who have put their money where their mouths are by starting Powerful Learning Practices, a year long institute where teacher cohorts learn together to be collaborative teachers.

Teachers like Karl Fisch who helped classes at his school conduct online dialogues with renowned author Daniel Pink, or Vicki Davis and Julie Lindsay mentioned in Thomas Friedman’s the World is Flat for their work on their global Flat Classroom Project, or librarians like Buffy Hamilton who is teaching her Media 21  students 21st century information skills, or one of a myriad of other teacher-leaders  are working every day in schools and telling their stories in quiet ways in schools like mine.   And that doesn’t begin to represent the thoughtful, practicing leaders in universities around the country, no matter whether their field is education or some other subject area.

It is so easy to make this story slickly-packaged and starring only business leaders and government officials and telling the same story we always hear.  But if we are ever going to get the “change we really need”, we have to start, as a nation, including and listening to our teachers.  Not in special forums scheduled on Sundays at noon(which is when you are including regular teachers in the summit), but in the actual summit itself.

I urge  NBC to add practicing teacher-leaders, administrators, and university professors to the summit’s list of leaders, so that this can be more than a group dictating to schools what school should look like, but a group of practicing educators sharing with you, with the nation and with business and government leaders their own work and hopes for our students.

And if you were to be interested in more input on this issue, check out teacher Brian Crosby’s blog post or Tim Stahmer’s as well.

Brian Williams and NBC, show that you can do better.  This conversation is important.  Our students deserve better.

8 thoughts on “Listening to teacher voices”