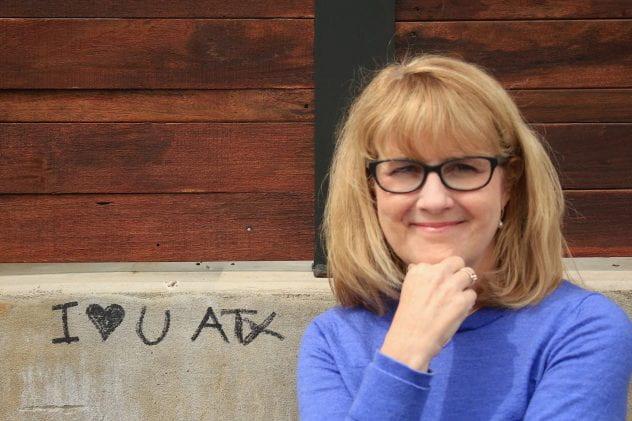 I’m a “techno” librarian and consultant, recently retired/rewired from a  suburban high school in Austin, Texas and currently engaged in advocacy for intellectual freedom.  I’m passionate about how technology tools can transform schools, fascinated by library and classroom design for 21st century schools and interested in overall library advocacy and school reform.   I’m a frequent presenter and author because I believe it is powerful to share ideas beyond our own “four walls.”

Introductory chapter in book No Shelf Required II (from ALA Press)
Chapter in New Landscape of Mobile Learning: Redesigning Education in an App Based World

included in these articles:

Working Together to fight for Intellectual Freedom

What Students Say About Libraries

How to be a Library Hero

Being a Librarian in a 4:1 World

follow me:  on gmail, twitter, delicious and slideshare, wikispaces, Ning, or pbworks–I am technolibrary.   Old materials can be found at  Connected Libraries and EISDworkshops.wikispaces.com..