I am a #FReadom fighter who believes fundamentally that students deserve to see themselves reflected on the shelves of the library.  As our culture becomes more aware, open, and inclusive, our students do too, and they expect and hope to see themselves reflected in their own schools and in books in their libraries.  Recently, my colleague Becky Calzada reminded us in an interview with CNN:

“Growing up in South Texas, Calzada says she didn’t see herself represented in books as a young girl. ‘I grew up reading the “Trumpet of the Swan,” and “Little House on the Prairie,” I mean there were no Hispanic girls,’ Calzada said. ‘That’s a disservice to kids and so we work really hard as librarians to make sure that kids have books that they can see themselves in.'”

A couple of months ago, I was part of a small group of librarians who came together after Rep. Matt Krause in Texas issued a now infamous list of 850 book titles that he asked districts to survey their libraries for, and to include others that might cause shame or guilt in readers regarding race or sex.  As librarians, we were aware of the increasing rhetoric around book titles about race and were surprised to find a large number of LGBTQ titles on this list as well, not to mention many award winners. We are not only the “book people” who know these titles, we are educators who work with students every day and know the impact of literature on them.
In this moment, we felt determined that other, more positive voices needed to be out there, representing the diversity of our libraries and countering the accusations that were being made about librarians as a profession, as well as protecting the rights of our students.  So we joined together to create a team, and came up with the idea of a hashtag #FReadom and a series of actions, the first of which was a takeover of the #Txlege hashtag on November 4th, to share positive stories of the impact of books and librarians on students.  We knew our professional organizations would weigh in, but that it might take more time, and we could be more agile to meet the moment. 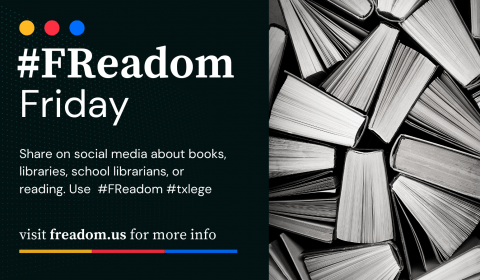 Of course, at that moment, we didn’t realize our efforts would have grown to a Twitter account @FReadomfighters, a website with resources , a tshirt to raise funds for TXLA, and multiple news interviews, some of which can be found here. Our goals were simple – to support our students, to spread the positive messages about the role of librarians in supporting literacy, and to spread a positive message about  books available to students that can enrich their lives.  Not all of our group chooses to be public for various reasons, but in the last two months, we’ve held a series of actions, from writing letters to the editor, to tweeting every #FReadom Friday, and more, as the pace of book challenges, books being censored, and the troubling creep of self censorship have grown.

In this pandemic moment, we believe literacy is urgently important, and time spent fighting inflammatory rhetoric is time not being spent on helping our students catch up after a year of remote schooling. Our goal should be supporting schools and libraries, who are gainfully trying to help our children be successful after such a difficult pandemic. 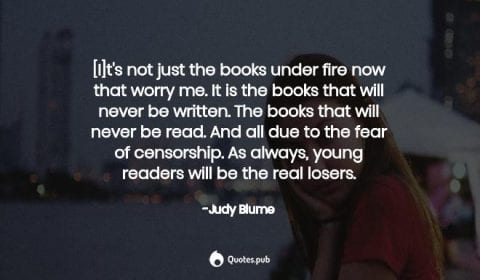 Inflammatory rhetoric and shouting at school board meetings, however authentic, distracts us from this work and from civil and reasoned discourse, and we hope to engage in this conversation in a civil manner.  And we are also concerned that when political parties begin to use this rhetoric as a means to get votes, what gets lost are the psyches of students (and staff) who are getting the message that their existence should be denied or erased. We know that not every book is for every student, but there is a book for each student (paraphrasing author Ashley Hope Perez).
While we acknowledge each parent of course has the right to determine what their child reads, we believe by high school that students have the right to also have privacy, and a parent doesn’t get to decide for everyone’s children what they can have access to.

I applaud the librarians who are freadom fighting around the country, who face pressure from within and without, and those community members and school district leaders who are supporting their fight.  Thank you for all you do, each day, to support your students.

Some practical items to note:

As Vonnegut, whose books were challenged in the Island Trees case, so aptly said,

“Perhaps you will learn from this that books are sacred to free men for very good reasons, and that wars have been fought against nations which hate books and burn them. If you are an American, you must allow all ideas to circulate freely in your community, not merely your own.”
– Kurt Vonnegut

And so it goes…