Probably one of the most frequently asked classroom and library questions about a project, paper, or even when a student is asked to check out book is–“How long does it have to be?”  There are lots of things embedded in that question that bother me.

First off, there is the notion kids have that length equals quality.   I’m sure we’ve enforced that notion ourselves by assigning lengths for papers, powerpoints, # of pages read, etc.  in our attempts to satisfy the students’ “need to know.”   Kids like that concrete definition and aren’t very satisfied by a vague answer.   So they pad their papers with inane expansions of their topic, find thin books with large type so that the book is “long enough,” fill their powerpoints with unnecessary bells and whistles so that they have enough slides, and on and on.   We all know that drill, and it can get downright amusing at times.

Secondly, their question bothers me because of the word “have.”  Students don’t ask us how long it could be, but how long it HAS to be.   The whole question doesn’t conjure up the picture of an assignment in which the students are so engaged that the idea of length doesn’t even occur to them, but rather the image of something onerous, something imposed on them from “above,”  something that as dutiful students they will try to fulfill, without really understanding the why of it.

One of the things I think is really valid about using blogging with students is that the writing is authentic.  Sometimes you have something brief to say, and sometimes it’s lengthy, but always, the length is determined by the content, not the other way around.

Which brings me to the real point of this post, which is brevity.  I’ve really been thinking about lately how we could use brevity and design better in schools.

Can we design mission statements that are short and easy to remember, more like a slogan than a statement?

Can we give students assignments where brevity, clarity, or simplicity of design are the point?    I have in mind assignments like Dan Meyer’s Four Slide contest (where participants were asked to represent themselves in just four, well-designed slides), or assignments like creating a sixty second video message, like these Library of Congress PSAs on literacy.   Or a story in a touching, but brief slide show like Alan Levine’s of his dog Dominoe(using slide.com). 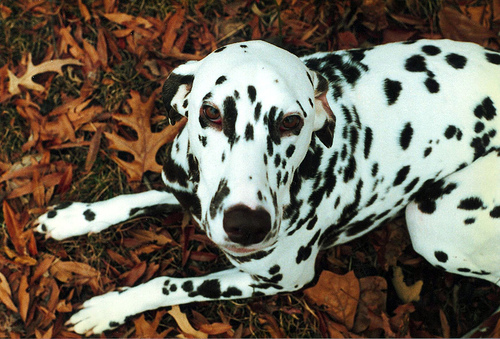 The point is, we teach students how to expand on their ideas, how to find lots of sources, how to write longer essays, how to read longer books, but when do we teach them the real power of brevity?

Have them represent themselves in one slide, not four.   Have them read a one page short story or a picture book if they are in high school and consider how shorter stories still manage to convey the whole narrative.   Have them write a story that has just two words.  Have them create a brief public service announcement, a one page ad for a magazine, a powerpoint with just four slides….you get the idea.

If part of web 2.0 is helping our students become effective communicators, then we need to teach them the power of the blank slide, like in the Dominoe movie, or the power of silence, or spaces between things, and how that also conveys something about our human story.  These are things that good storytellers just know.

8 thoughts on “How long does it have to be?”