In Out of Our Minds: Learning to be Creative, Sir Ken Robinson astutely makes the case that unless we understand the education system that the future demands of us, then our efforts to create testing systems will not prepare us for that future. 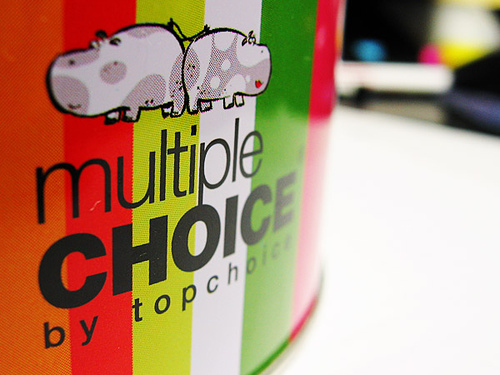 He points to the increasingly rapid rate of technological change that is driving cultures around the world and changing the needs of the workplace, pointing out that employers “want people who can think intuitively, who are imaginative and innovative, who can communicate well, work in teams, and are flexible, adaptable and self-confident.  The traditional academic curriculum is simply not designed to produce such people.”

In the midst of perusing Robinson’s book, I read today with dismay that the National Association of State Universities and Land-Grant Colleges in partnership with the American Association of State Colleges and Universities has announced a new “voluntary system of accountability” or VSA for colleges(most likely to avoid this being legislated like public schools have endured).

The accountability system will standardize several aspects of college information, some of which I don’t disagree with one way or another, like better information about costs, student and family information, etc.

But, and this is the part I find appalling, the colleges will require students to take one of several standardized tests across all academic disciplines to measure student progress. (Basically, the Texas TAKS test has come to colleges.)

Colleges participating have four years to figure out how to administer the test before they have to publicly report the scores.   Granted, this is a voluntary accountability system, but some 200 major universities(including University of Texas) are participating, and it is likely this will pressure private colleges to participate as well.

Two of the tests are prepared by or administered by ACT or SAT, according to an article in the Baltimore Sun, and most of the testing choices consist of multiple choice tests.   Goucher College President Sanford J. Ungar voices the concern which mirrors Ken Robinson’s:

This is exactly what Sir Ken Robinson writes about, as we continue to use a strategy from the past(multiple choice, standardized tests of traditional skills) to measure what we will need in the future.

“Education and training are meant to be the long-term answer for all of those asking how they are to survive the coming turbulence.  But they will not provide the answer while we continue to misunderstand the question that this new revolution is presenting.” (p. 24)

“These standards were designed for other times and for other purposes.  We will not navigate through the complex environment of the future by peering relentlessly into a rear view mirror.”(p. 16)

Yet once again, we have failed students because we are failing to understand what is needed and what lies ahead, and the way we are measuring them doesn’t apply to the needs of the future.  Here’s the multiple choice test we should be giving them, because at least it speaks to their futures: 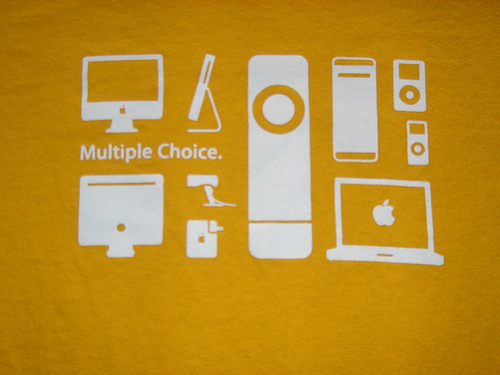 I’m a parent, and I don’t want my son to attend a college where the way they assess what he has gained in college is a standardized, multiple-choice test, because I want more than that for him.   I want him to explore, find his way, cultivate the passions he discovers along the way, and to feel free to do that.  I wouldn’t think of assessing a college by how many students there passed a standardized multiple choice test.

There’s some notion this whole movement comes from parents who are eager to intervene and compare colleges in some scientific manner, when at best, choosing a college is a personal decision for each student.  In fact, most parents I know are tired of testing, tired of having their children subjected to test prep curriculums, skill drills, and frustrated with the system, not clamoring for more.  I have heard in dismay as parents talk about how to better prepare their children for the tests, not for learning or deeper thinking, because that’s where the emphasis is, which saddens me.

Because at heart, all of us know it is not best for children.  Do we want to be sure all of our children are learning?  Yes, we do.   Learning.  All of them, in every school, everywhere, deserve that.

But learning, as Ken Robinson points out so eloquently, is so much more than you can test on a standardized test, and my fear too, is that colleges also, will value what is tested, rather than testing what is valued.

How have we gotten so far away from what is meaningful assessment in education?

6 thoughts on “Testing carried too far?”