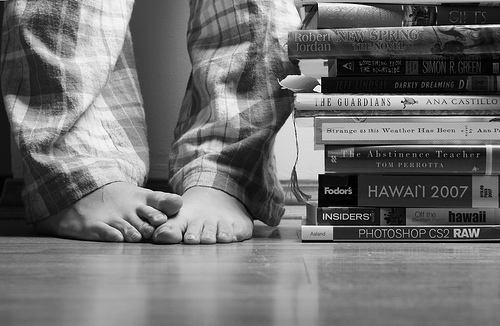 I’ve been tagged by a few people for the High School Daze to Praise meme so I thought I’d toss in my contribution! (thanks Diane, Susan, and Doug).

The name of the game started by Paul at Quoteflections is–pick a book you’d recommend for teens, include a photo, entitle it Meme: High School Daze to Praise, and tag four people.

The book I’m picking I haven’t read in awhile, but it’s one of my favorites, called The Day I became an Autodidact by Kendall Hailey.   It’s her account of how she “schools herself”, starting in her junior year of high school, reflecting on her learning, the classics, and everything in between.  Her writing really sparkles and her self-drive and motivation for learning are inspiring.  It may be out of print as it came out in ’88, but it was inspiring to hear such a strong young voice with such a passion for her own learning.

I tag new bloggers and bloggers from outside the U.S.  If you have only been blogging for the last six months, or live outside the states, I tag you!